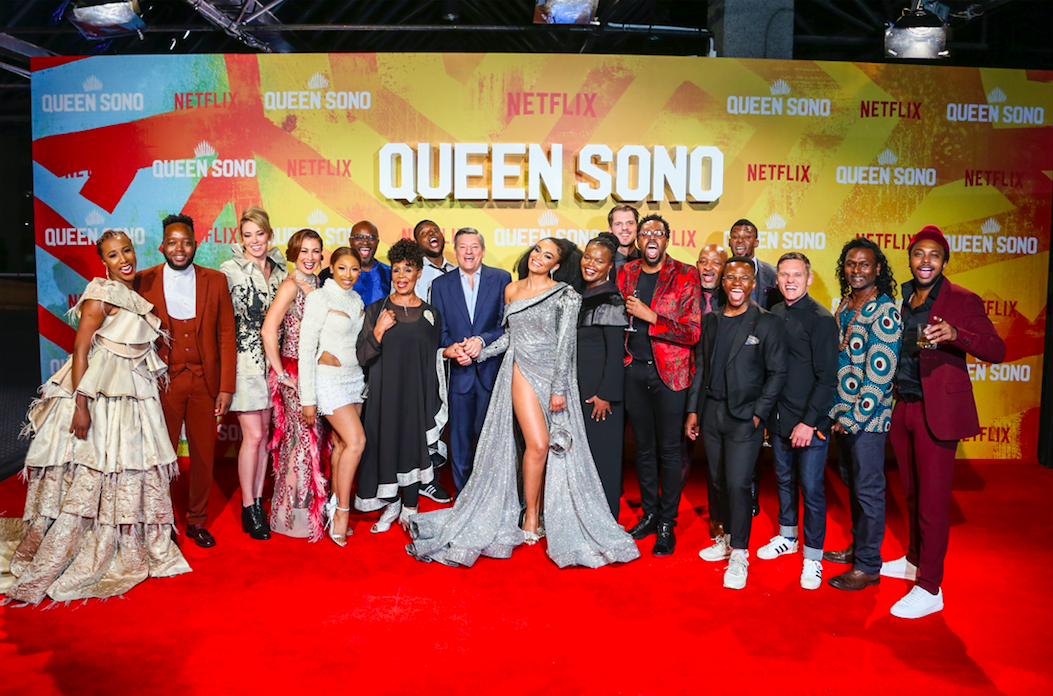 The star-studded red carpet premiere was followed by an after-party at the famous Good Luck Bar in Johannesburg. Guests were treated to performances by Kenyan musicians Soti Sol, Nigerian DJ Cuppy as well as South African and now global sensation, Sho Madjozi.

The 6-part action-packed series follows Queen Sono, the highly trained top spy in a South African agency whose purpose is to better the lives of African citizens. While taking on her most dangerous mission yet, she must also face changing relationships in her personal life.

The series is directed by Kagiso Lediga and Tebogo Malope, with both directing three episodes each with the lead of executive producer Tamsin Andersson.

The series stars Pearl Thusi who plays the lead of Queen, who is accompanied by a star-studded cast.

Queen Sono premiered globally in 190 countries on the 28th of February 2020.