Vans®, the original action sports brand and global icon for creative self-expression has since announced the official concert stream for the competition, hosted on September 22. The global music competition welcomed finalists from around the world including Europe, the Americas and Asia-Pacific regions to perform for a global audience and for their opportunity to win Vans product, Kramer gear, global music distribution, and Spotify and Apple Music playlisting. Vans Musicians Wanted regional finalists also had the chance to share the stage with tongue-in-cheek, genre-bending British rocker, YUNGBLUD!

We caught up with finalist Kenya Grace, to speak on her journey in the competition before it ended.

Kenya is a singer, songwriter, producer and multi-instrumentalist – a true queen of cracking on and just doing it yourself. The self-taught artist was born in South Africa, raised in Southampton and is now based in North London. She’s been writing since she was young but has spent the last few years honing her music production skills. A world away from her early musical theatre days, her alternative electronic indie sound, with a touch of RnB, is inspired by the likes of Banks, Flume and Nao.

What does it mean to you to make it this far in the Vans Musicians Wanted competition?

Kenya: It means the absolute world that I have made it this far in the competition! Being a part of the top 5 has been such a crazy experience & I’m so grateful. It’s mind-blowing that such amazing judges are going to hear my songs!! Thank you so much!!

How would you describe your sound?

Kenya: I would describe my music as that part of the night when you’re at an ‘afters’ and the party is fading & everyone’s coming down but the beats still going & even though everything’s hazy it’s still a vibe.

Who would you say is your biggest musical inspiration and why?

Kenya: I would say my biggest inspiration is BANKS – ever since I heard her music I have felt so empowered and inspired to create music that is vulnerable but also has a powerful edge.

What kind of impact would you like to make within the music industry?

Kenya: I want to inspire people to create music in any way they can. I love being able to create beats from my bedroom & hopefully my music inspires people to DIY & start producing & creating songs!

We see you’re from South Africa. Do you think you’d look into collaborating with any local South African musicians?

Kenya: I would absolutely love to connect with some South African artists! There is so much talent there! South Africa is where I was born and where my whole family is from, so I feel a huge connection!

Considering the length of your career in music, how much would you say you’ve grown musically?

Kenya: I started producing a couple of years ago and I think my sound has grown so much in that short amount of time. I found the artist I really want to be by making beats and synths.

Who would you love to collaborate with?

Kenya: Flume, disclosure & BANKS would be my dream collaboration! I think we would make something amazing!

What would you like for people to take away from your music after listening to it?

Kenya: I want people to feel empowered when they listen to my songs. I think feeling empowered doesn’t just come from shouting loudly but also showing vulnerability & emotion. Not only this but I also want people to feel inspired to create music & art as that really is the most important thing.

If you missed the finale, you can still witness everything unfold on Vans.eu/MusiciansWanted. 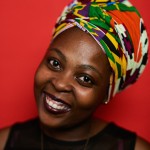