Coco Brown is a South African Hip Hop club & radio DJ. She is a final year student of Media Practices at Boston Media House, a graduate of prominent DJ school, Fuse Academy and winner of Pearl Thusi’s Halo Project DJ competition 2015. The disc jock was also a contributing writer for an online publication, Unlabelled Magazine where she continued to be a positive voice for young black people. One of her great passions is radio, and Brown was honoured with the opportunity to co-host a show on Massiv Metro called ‘Brownie Invasion’, in early 2018. Her love for radio continued to grow and then went on to join Fashion District Radio where she co-hosted a weekly hip hop show called “The Hip-Hop Grid” in 2019.

She steady grows to nurture her DJ’ing career through a variety of events and platforms, like having partnered to play live on the JOOX South Africa app and continues to dominate the airwaves by being featured on 5FM, 947, Metro FM and other local radio stations respectively. Up until recently, she was a brand ambassador for a renowned global brand, Smirnoff South Africa, along with Schweppes. Brown hit the ground running in 2022 by taking gold at the Miller x Boiler Room DJ competition, which awarded her the opportunity to play live at the Boiler Room stage in Cape Town alongside Zakes Bantwini.

Our host Roali M had a LIVE chat with Coco Brown on Instagram, check it out and hear all about Coco Brown’s journey. 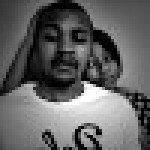