The world-renowned urban music festival, Afropunk, in association with cider category breaker, EDGE, is thrilled to announce the Joburg Battle of the Bands finalists. The top 16 bands will compete in a series of Battle of the Bands events taking place from 18 November-09 December, with the final round taking place on December 16 in Johannesburg. The winning band will share a stage with world-renowned musical greats such as Solange, Anderson .Paak, Laura Mvula and many more at the Afropunk Festival on 30-31 December2017.

The Battle of The Bands competition is powered by EDGE and aims to discover local musical talent with potential to change the current status quo. In addition to sharing the stage with world-class headlining acts, the winning band will walk away with prizes R15 000 at the end of the events series. 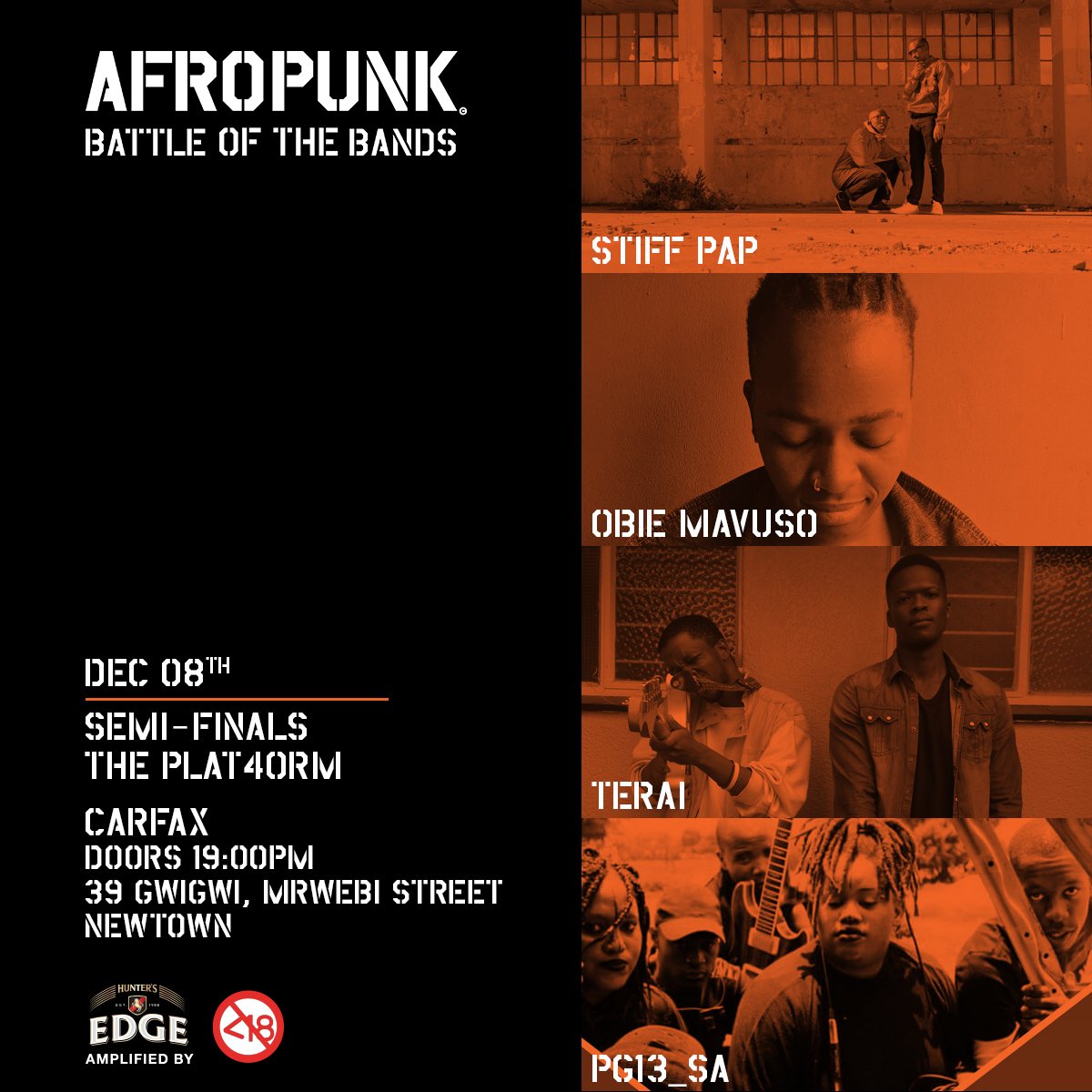 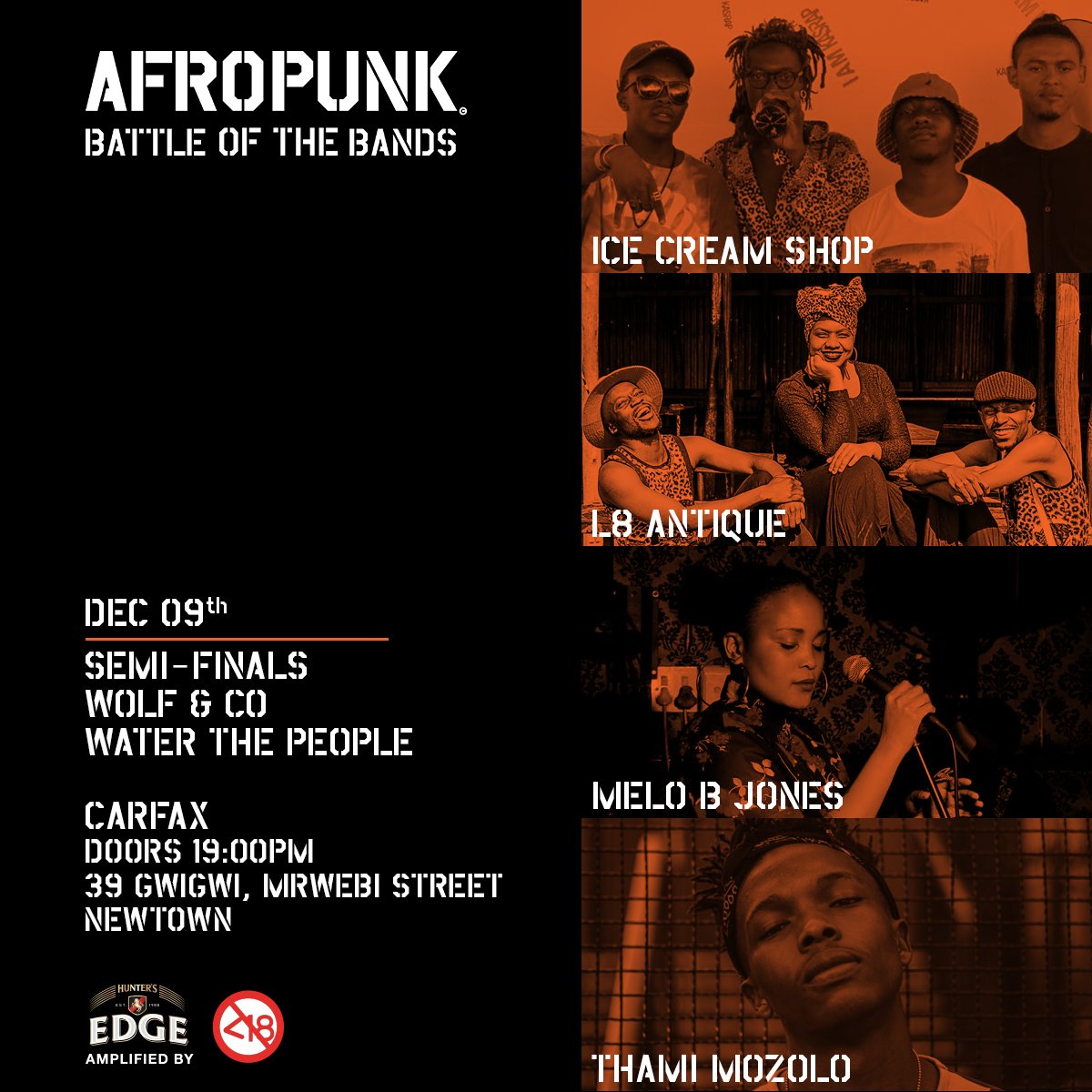 Be part of the movement and check out all the bands up for the battle by following http://afropunkfest.com/johannesburg/

Battle of the Bands event dates:

16 December: Tembisa – to be announced